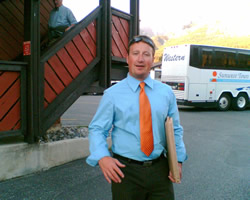 Martin is the founder of Canada Rail Vacations.  He has achieved the goal of turning a travel junkie’s passion into a reality of full time travel.  Martin has travelled to nearly every location in Canada and has stayed in every hotel we work with.  He has been creating and guiding tours since 1995. He has personally guided over 10,000 guests in the past 20 years. Many of these guests are now repeat customers of ours. Martin speaks fluent English and German and was previously a competitor in the sport of luge.  After realizing he couldn’t make a career out of travelling around the world sledding down icy chutes, he figured he would stop the sledding and just travel. In his spare time, Martin likes hiking, cycling, cross country skiing, travelling, drinking red wine and visiting excellent restaurants worldwide. He is on the board of directors of Luge Canada, helping to recruit sponsors to be part of the team's recent success in their 2018 Olympic medals. Martin’s favourite tour is our Calgary Stampede tour as he personally accompanies our guests to the “Greatest Outdoor Show on Earth”.

If you would like a private guide or if you would personally like to customize your dream holiday, please contact him at martin (at) canadarail (dot) ca. 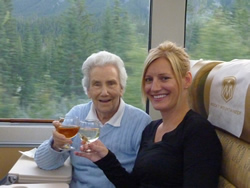 Heather is the Managing Partner of Canada Rail Vacations.   After nearly twenty five years of working for companies in high-rise towers in both Calgary and Vancouver, Heather is happy to now be working with the great team at CanadaRail.ca and with her husband and co-managing partner, Martin.

Together Heather and Martin have travelled to many amazing places, but they really love to show off beautiful and breathtaking Canada to fellow travelers.

When Heather is not crossing the T’s and dotting the i’s at CanadaRail.ca, she can be found indulging in her love of music by attending music concerts all over the world. If you are a music lover, Heather would love to speak with you.  Heather’s favourite tour is our Coast to Coast Rail Adventure. 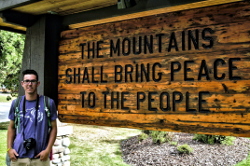 Spencer is originally from Ontario, growing up close to Niagara Falls. After completion of college, Spencer moved out to the Rockies where he has worked as a customer service attendant on two of Canada's finest golf courses. He spent two full seasons working for Greywolf Golf Course in Panorama, BC. Spencer strives to provide the very best in customer service, doing whatever it takes to provide his guests with their best possible experience. He looks forward to working with you and booking your dream vacation with Canada Rail Vacations.

Please feel free to talk to him about extending your holiday if you wish to play golf in the Rockies or know more about Niagara Falls. In his spare time, Spencer enjoys watching and playing sports. He golfs in the summer, plays hockey in the winter and has recently taken up skiing. His other hobbies include photography and playing the guitar. 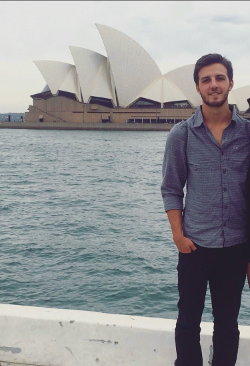 Dalton grew up near Toronto, Ontario. After working for General Motors in his home town, he decided to pursue a future in the travel industry. After completing a diploma in Tourism Management, Dalton moved out west to the Rockies and never looked back.

Dalton has traveled in many different travel styles, including a study abroad program in France where he had the opportunity to spend every weekend experiencing the different cultures of Europe. After completing an internship with us at Canada Rail Vacations in 2016, Dalton spent the winter months travelling the coast of Australia in a camper van. He has done multiple road trips across Canada and the United States, and has spent plenty of time on beaches throughout the Caribbean.

In his time off he can be found on the golf course, running or exploring in nature.

Dalton’s favourite trip is our Best of the West tour as it offers the diversity of spending time in the mountains and near the ocean. 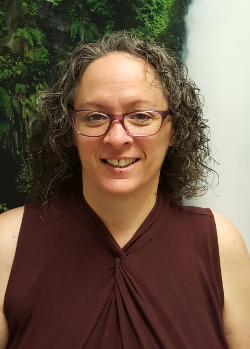 Dawn is originally from a small mining community in northern Manitoba. After completing school, she enrolled in the Canadian Armed Forces and began her travelling days. She has lived in most provinces in Canada, as well as Lahr, West Germany and Denver, Colorado.

After returning, Dawn continued to explore much of Western Canada while she turned her focus towards raising a family. Eventually landing in Calgary, Dawn decided to move away from her administrative and customer service background, and pursue a career in Travel and Tourism. Dawn completed a practicum with Canada Rail Vacations after finishing her program and has been with the team ever since. She is excited to continue exploring Western Canada, especially after her first trip aboard the Rocky Mountaineer. Dawn was mesmerized by the incredible onboard service and is keen to share that experience with others.

Dawn’s favourite trip is our Best of the West tour, as it visits Vancouver Island, a place she holds dear in her heart. 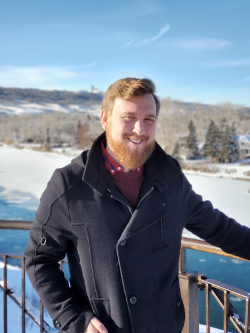 Joseph grew up in Calgary with the Canadian Rockies at his doorstep. He spent countless days exploring along his favourite rivers and trails. His frequent travel destinations include touring vineyards in the Canadian Okanagan, and climbing mountains near Banff and Kananaskis. Internationally, he has traveled across the ocean to the Netherlands, France and more. He is always incredibly excited to find out what his next big adventure will be.

He is a recent university graduate, focusing his education on his passions for Creative Writing, English Literature, and History. During the summers between his studies, he would return to Calgary to work managing a local tourist attraction. Here, Joseph enjoyed meeting people from all over the world and sharing his love for everything Canada has to offer.

A huge nerd at heart, don't be afraid to ask him about his favourite books, movies, or board games. If you can't find him exploring in the woods, you will find him at home with a cup of tea, lost in a new book. 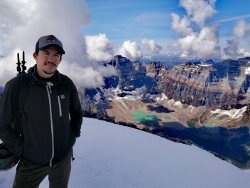 Sebastian is originally from Colombia but has been living in Canada for the past eight years. After completing his studies in Hospitality and Tourism Management, he caught the travel bug and moved to Canada. During his time here, he worked in Banff, studied in Vancouver and completed a post-graduate program in Toronto.

The Canadian Rockies are home for Sebastian, specifically Banff, where he lived for more than five years. Having the opportunity to live in such a beautiful place led to his appreciation of adventure and nature. In his spare time, he likes to snowboard, climb, hike, camp, play guitar, work out, attend music concerts and travel through the Rockies, Alberta and BC. His love for the Canadian Rockies is apparent and he looks forward to sharing this love of the mountains with our guests. He describes Banff National Park as one “of the most amazing places I’ve ever been.” 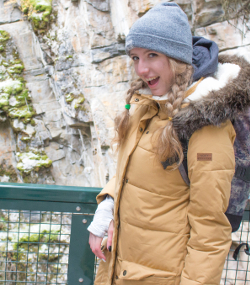 Cassandra’s love of travel was first discovered during school when she toured across Canada as a competitive synchronized swimmer. From Victoria to Montreal, she has had the opportunity to experience many beautiful Canadian cities.

Raised north of the city, Cassandra moved to Calgary in 2015 in order to pursue a degree in Journalism. She is very well travelled. In fact, during her second year of university she attended a Mexican university in Guadalajara and filmed a documentary. Throughout university she worked with a well-known clothing vendor and had the opportunity to travel to many different music festivals across Western Canada, promoting their clothing.

In her free time, you will most likely find Cassandra at the gym, enjoying the ski hills near Banff or tending to her many plants. Cassandra is looking forward to utilizing her journalism skills to research the very best travel destinations for you.