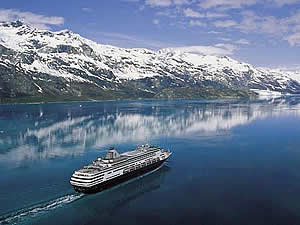 In the 19th Century ships and trains settled the West. Fast forward 200 years and Canada Rail Vacations has harnessed the comfort and convenience of ship and rail, thrown luxury coaches into the mix, and in the process made possible the impossible.

Coming for a taste of Western Canada? Hop on a plane to Vancouver. Take in some of the concerts, a National Hockey League game, restaurants, shopping or nightlife in the world’s most livable city. Or break out of the ordinary: take a hot-air balloon ride, enjoy a First Nations Indian cultural tour or settle in for a flightseeing trip over the Gulf Islands. Or jump on a coach for a tour of Vancouver Island, to the famous Butchart Gardens in colonial Victoria or to see the whales swimming nearby.

No trip to the coast is complete without a visit to this temperate Pacific island. On a summer’s day in Victoria it’s possible to see Mount Baker towering to the east with snow cover year round. To the south lie Washington and the Olympic Peninsula and surrounding the entire Island are the blue-green waters of the Pacific Ocean. Lakes meet spectacular old-growth forests that date back a thousand years and rare is the person who walks away without giving at least a passing thought to emigrating to the Island.

But all of this is just a nibble at the smorgasbord that is the West. To the south lies Seattle, a cultural hub on the waterfront and the closest large city to Vancouver. To the north lies Alaska, with its cobalt-blue fjords and groaning glaciers. Both are accessible by cruise ship and train through Canada Rail Vacations’ formidable network of transportation links.

Until recently such an itinerary would have been logistically challenging, if not impossible. Those who tried to fit too much into their visits ended up either exhausted or broke or both. And that’s the modern traveling conundrum: you might only have 10 days to see an area that would rightfully require a lifetime. In North America, vast distances amplify the conundrum. There was just no way to see Alaska, Vancouver, the Rocky Mountains and Calgary in two weeks and still call it a holiday.

But now there is. Canada Rail Vacations rolls passengers through Western Canada’s awesome landscapes on shining steel tracks. Within the luxurious rail cars passengers can walk around, concentrate on the scenery or just relax in the comfort of their reclining seats.

And therein lies the secret. Without having to focus on the driving, and without soaring above it all in a jet, visitors are able to see all the sights, hear the sounds and smell the fragrances while arriving at their destination rested and relaxed.

Likewise aboard your luxury cruise to Alaska. Get pampered in the onboard spa and stay active with the sports and entertainment amenities of these floating cities while you’re quietly whisked north into the land of northern lights and sled dogs.

It doesn’t matter whether you want to go from east to west or north to south or any combination thereof, nor does it matter if you want a circle tour or just want to travel in one direction, Canada Rail Vacations makes it possible.

In fact, the company even offers tours for a variety of budgets from the affordable to the luxurious. Begin your holidays in Vancouver in style with top-notch hotels like the Fairmont Waterfront or the Sheraton Wall Centre and follow suit through the Rocky Mountains and into Alberta.

With so many options how does a person choose?

One of the most popular circle tours begins in Vancouver, rolls through Whistler and northern B.C., past Mount Robson, the highest mountain in the Canadian Rockies, and onwards to Jasper National Park. A luxury coach then takes you down the Icefields Parkway – among the most visually stunning drives in the world – and on to Banff. In Banff you can soak in the famous healing hot springs that led to the creation of the National Park. Then it’s back aboard the Rocky Mountaineer train, descending through the spectacularly engineered spiral tunnels, into the dry warmth of the Okanagan and Kamloops and onwards to Vancouver.

Guests then have the choice of boarding a Holland America cruise ship and sailing up the Inside Passage to Alaska. This stretch of water is so rich with marine life that it’s not uncommon to see dozens of different species along the way, including whales, dolphins, bears and bald eagles.

Alternatively, take a special train trip south across the border and into Washington to begin your cruise liner journey to Alaska in the city of Seattle. Ask our tour coordinatiors for details.

Regardless of whether you start in Vancouver or Calgary or somewhere in between, each tour and each destination connects with cruises, trips to Seattle and also to Vancouver Island.

But if time is tight or a guest would rather maximize his or her Vancouver stay, Canada Rail Vacations has put together the best Vancouver experiences as options on any itinerary. This multi-cultural city of 2.5 million residents has something going on 24 hours a day. There’s plenty to do if you’re overnighting between connections or staying put for a full two weeks.

Thanks to a blend of heritage transportation, convenience and luxury, the impossible task of seeing so much of the West in a two-week holiday is now possible.